Browsing "Keys to the VIP" 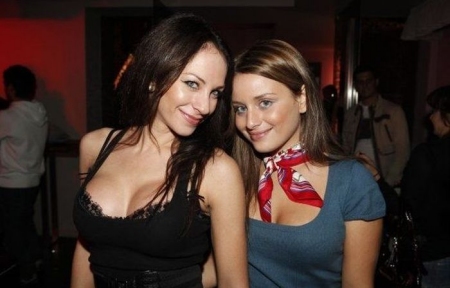 1. Warm up: Approach at least 5 random people on the street before going to a club.

2. Get to the club half an hour before everyone is going. This way you reduce the chances girls have already been approached by some guys and have their “bitch shield” on. Also, they are still willing to be approached by a confident, funny guy. A guy like you!

3. Coming into a club smile and open a set immediately. It doesn’t matter what you say, what counts is that you look like a social guy. As you open, make a habit to touch the person on the shoulder lightly. Forget about people judging you. I think Neil Strauss, author of The Game, puts said it best: People don’t really care about what you’re doing in a club, they are too busy worrying what other people are thinking about THEM.

For example ask “where is the VIP room? How many rooms are here?” etc. Pretend to walk away and then ask “Hey, are you best friends? Yeah? Because there is a cool test for best friends I’ve read in the Cosmopolitan…” Now they will wanna know why a guy reads Cosmopolitan (you were at the dentist and it was the only magazine in the waiting room).
Do the best friends test and continue with other routines.

Can’t find the right set to open? Ask the barman or the bouncer something (for example: “Why is the club is so empty?”) Try to talk at least for a minute. It’s important that girls/ guys see you talking to people.

4. Place yourself at the bar facing the dance floor. Sit down if you can and put your elbow on the counter. Don’t order drinks and hold the bottle in front of your chest (it’s what everybody does and you’re not everybody).

5. As you are there early, girls will come up to the bar and order drinks. If they are close to you, touch her lightly on the shoulder saying “Hey, what perfume is that?” As she goes “XYZ”, say: “the reason why I’m asking is because a want to make a present to a female friend, but I’m absolutely clueless. And I think if I ask in a store they will simply recommend me the most expensive one…”

Sometimes she will say “Oh, I don’t even know…” Don’t let you fool you, say: “Come on, you probably have like 17 small bottles in front of your mirror.” She probably will say: “No!! I’m not that type of girl!” You: “Okay, 16 then”. Tease her a bit, flirt with her. Don’t forget to engage her friend.

When they finally want to move along, join them or say “Hey, you seem like really cool guys, can I join you until my friends show up? They must be here any minute…” If they say no, keep your smile and don’t worry: They are not your last set. (And you probably will see them later in the club anyway and it will be easy to continue your conversation).

Stay at your place and open sets immediately that are to your left or right saying “Hey, did you see these (girls)? She said she likes your ass!” (it doesn’t matter if it’s a guy or a girl). Transition with your routines. New game, new luck!

1) Never let them affect your state in a negative way (at least never show it!), because it will fuck up your next set. Learn to not give a fuck about stuff like that and especially shit tests.

2) Always kino escalate (touching)! Otherwise it will be really awkward to touch for the first time.

Need some inspiration? Check out RSD’s Hot Seat at Home and this video: