â€œI have a boyfriendâ€ – women say this sentence ever so often. But a lot of women (especially very attractive women) actually use this line when they don’t. Often they just want to protect themselves from admirers.

But what if she mentions it on her own? Simply ignore it. Keep doing whatever you were doing. If you show that you’re not threatened by this, you’ll pass her “test.” If you know her already a bit, you can use this line: â€œDoes he treat you well?â€ As she says â€œYesâ€ answer with â€œOh. (short pause) I wouldn’t.â€

Besides, for especially hot women a boyfriend isn’t always a boyfriend. (“9 and 10 game” really is different from regular game in some important ways â€“ the guys from Love Systems will be covering this topic in detail at the Playboy Mansion Advanced Bootcamp this weekend (July 22-23, 2011).

If she really has a boyfriend, you can still get her, but you’ve got to be good at what youâ€™re doing. But even in that situation â€“ donâ€™t quit and walk away!

Here is why: Attached women make great wing-women. A lot of them miss the flirting and the thrill of the chase. They can’t do it themselves, but they can be part of it with you. And you probably know that a (hot) girl boosts your value in the eyes of other girls tremendously.

You can say something like: â€œWell, since you’ve ruined my plan of getting together with the most absolutely beautiful and interesting woman in this city tonight, you’re going to have to make this up to me. Now, if have to help me meet the second most beautiful and interesting and cool woman in this town. What do you think of that girl by the bar?â€

You can walk over together and approach her (use an opinion opener to settle a dispute you both are having) or ask her to approach her for you.

But itâ€™s also true that women find good-looking men more attractive than average-looking men. In fact, surveys show women are far more likely to get involved in a one-night stand when the guy is good-looking and has an attractive body. From the evolutionary point of view, a healthy, good-looking body is an indicator of good genes and thus promises healthy offspring. And that’s what women feel unconsciously when they see an “attractive” body.

That doesnâ€™t mean you should become a bodybuilder â€“ most women donâ€™t even find bodybuilders attractive – but working out regularly should be a must. Lose the extra pounds, work on your chest and biceps. You will feel good and have more confidence. However, working out should always go hand in hand with working on your social skills.

If you need a good workout program, I can recommend Mike Geary’s classicÂ The Truth About Abs. 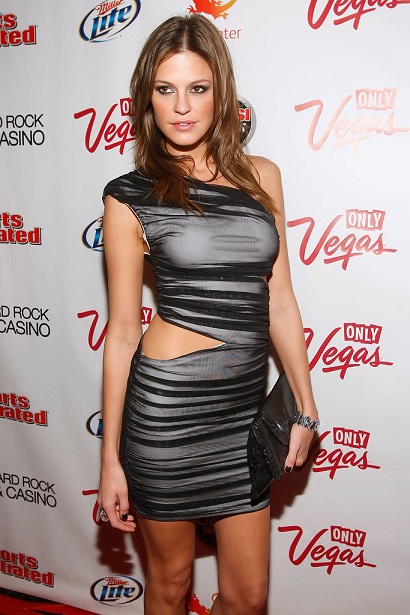 Itâ€™s a fact: Most guys who arenâ€™t good with women donâ€™t use kino (kinesthetics), that is touching, at all! Some of them are so nervous meeting a girl that they forget about touching completely and when it comes to their mind it feels awkward (the logic: I havenâ€™t touched her the whole time, so it would be strange to do it now).

The reason why touching is so effective is because it is unconsciously perceived as an indicator of high status (Major & Heslin, 1982; Summerhayes & Suchner 1978). And as you probably know nothing is more important for women than your status (not even shoes, because itâ€™s your status that is promising shoes etc.). From the evolutionary perspective, men with a high status are ideal because they are able to provide for the family.

Most women donâ€™t consciously register the touch, but unconsciously they feel a positive effect. And no, itâ€™s not weird being â€œthe touchy guyâ€ â€“ as long as you are authentic. That means you need to be the touchy guy all the time, with everyone and not only with her in a cozy lounge. Give guys a high five, a friendly pat on the back, touch the upper arm of a girl when you ask for directions and your value will skyrocket (without being the old-bold-asshole in a Ferrari).

P.S. If you need concrete instructions, you should take a look at the Beyond Words Body Language Course: