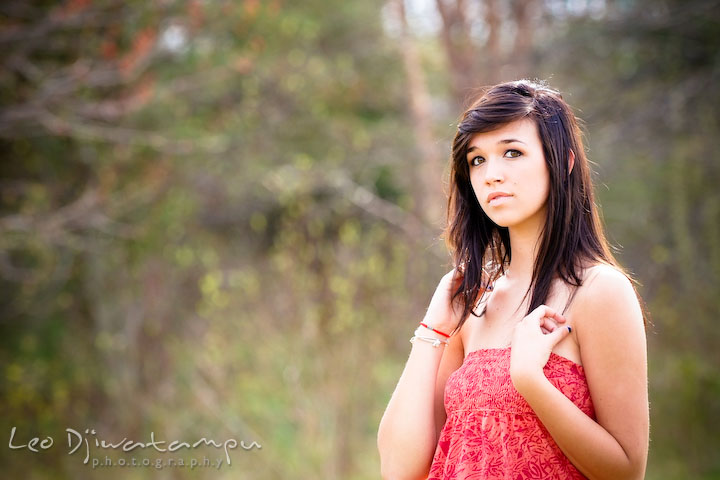 We can verbally tell someone that we are attracted to the other person, but a majority of the time it is being told through our body language. That is also the most reliable way of telling if a woman is attracted to you. Words can be deceived, but the body never lies (that’s why we have lie detector tests).

1. Hair touching
This is a classic. It has evolutionary merits, but all you need to know is that if she is playing with her hair while you’re talking to her, she is attracted to you.

3. Licking Her Lips
How do you know when a woman is ready to be kissed? Pay close attention to a her lips. Women will lick their lips, apply lipstick, or slightly pout their lips when they are ready to be kissed. These are subconscious invitations for you to make a move!

Reading body language the right way is really important when it comes to attracting women. Read them wrong and she will reject you. Read them correctly and your dating life will be turned upside down.

For acting, subtext is the underlying meaning behind spoken words as interpreted by an actor. What does that mean? Basically you’re adding additional meaning to your spoken words by the way you say them. Let’s say you have the following (cheesy) script for a scene to act in:

John and Mary are alone in the bedroom. Mary is upset and John is comforting her.

“John: Mary, everything is going to be ok, I just want you to know that I love you.”

Now you’re  going to play John in this scene there is a lot of information you’re going to need in order to apply the proper subtext to your dialogue. Things like:

What is the relationship between John and Mary?
If they are siblings then the line would be spoken much differently than if they were lovers.

– What happened just before?
– What if this scene took place right after they had sex?
– How would you reflect that in the above line of dialogue?

This is all information that can be implied with the proper subtext.

So, what does this have to do with game? Everything!

Because – and you probably have heard this a lot – it doesn’t matter WHAT you say, it’s HOW you say it. Women are MASTERS at subtext, they know that there is loads of information hidden in the way something is said. That’s why women can get so bitchy over seemingly trivial things that guys say; they know what were thinking!

So how do you use subtext effectively? Let’s have an example:

Let’s say you’re in a venue gaming and you see a great set. Now in any given set at the venue, realistically, the subtext of the dialogue you exchange with them is going to be “I’m trying to win you over and make you like me.” A lot of guys subconsciously use this subtext when they open and are often blown out. Why? Because the women read into your subtext and knew exactly what you were doing, this is why you will hear “Is that a line?” often, even if she hadn’t heard it before.

A better way to approach is to use the subtext of your opener. This is how most successful PUAs operate. For instance, Cajun’s opener involves him asking girls if he looks like a drug dealer, so the subtext is simply that it’s bothering his that he look like a drug dealer and he needs their opinion. When he says the opener he puts himself in the mind frame that it JUST happened to him so that his subtext is believable.

Cajun holds the view that the best way to approach is to look at the venue as a stage and look at each set as a scene you can enter into. Instead of using the above mind frames when opening try to use the subtext of a completely made up scenario that makes you exude attractiveness. Enter into the set under the subtext of “I just slept with all of these girls” and I will communicate that to them by the way I speak, not by the words I’m saying. All of your dialogue will remain the same as it normally was.

So what happens? They catch on very quickly and you will create attraction almost instantaneously. Women LOVE guys that they can’t quite figure out, so if you go in acting like you just slept with them then you are basically a social enigma, which is like crack to them.

And this is why you can talk to them about robots for 3 mins and then all of a sudden make out! Subtext is the reason. You don’t always have to use the subtext of “I just slept with these girls”. You can use whatever you want, but this one works very well.

Subtext is one of those things that’s pretty hard to grasp through reading. That’s why Cajun and other Love Systems instructors created the DVD set “Beyond Words” so you can visually see it. In the DVD you can see Cajun teach in more depth other non-verbal techniques to attract women using your body language.

P.S. If you have any doubts about Cajun, check out Cajun picking up some hot girls. It’s a classic by now.

The guys from Love Systems finally did it: The Body Language and Physical Escalation DVD is finished. Here is an interview with Cajun, a great PUA and one of the guys behind the DVD:

What is the Beyond Words DVD Home Study Course about?

Cajun: A lot of guys ask me on the forums and in emails how they can improve their body language so they can better approach and attract women. It’s hard to show it to them because it is something you have to see. A lot of body language is very subtle and that is hard to convey in text. You can read about body language in books but it’s not the same as when you can visually see it.

A couple months ago I flew to London to work with Vercetti, who is a trained Shakespearean actor and fellow Love Systems coach, to make this DVD home study course. We wanted to share our newest and proven methods to attract women using non-verbal communication.

Instead of writing a book, we decided to make a DVD because you can visually learn how to improve your body language. With help of Mr M, Keychain and 5.0 we also made an extra segment on physical escalation. Again, touching and physical escalation (“kino”) can be better taught by using a visual medium.

Why is body language so important?

Cajun: A lot of guys think what you say is the most important thing when it comes to attracting women. That couldn’t be further from the truth. It doesn’t matter what you say, it is how you say it. With the “how” I mean your tone of voice, facial expressions, body language, and what we call “subcommunications” and “subtext”.

Can you give one tip that someone can use right now to improve their body language?

Cajun: The simplest thing you can do today is to work on your posture. In the DVD we cover the Alexander technique on how that can improve your posture dramatically. Trained actors use this all the time.

Girls will reject you before you even approach if you have bad posture, because it subcommunicates a lot of bad things about you. This goes especially for guys who have sit behind a computer a lot.

A simple exercise you can do is to do row exercises at the gym and squats. Also, whenever you sit behind your desk, be conscious of your posture. Don’t slouch, sit tall and keep your back erect. If you buy a swiss ball and use that as your chair behind your desk, you will be forced to sit up straight and it will fix your posture that way too.

Cajun: I’m really excited about the Beyond Words DVD set. Finally I’ve been able to reveal all my body language and subtext secrets that I normally only teach on my workshops and 1on1 sessions. This DVD is one of a kind and you can finally learn how to properly physically escalate (“kino”) and how to use your body language so it becomes easier to meet and attract women.

For more information on Cajun and his Beyond Words DVD Home Study Course, click here.

Don’t forget to check out the other preview clips: